Yesterday and today I felt as if I made some good progress toward reaching a final draft of the book. I’m encouraged because I didn’t encounter any particular problems, and I was able to deal with a couple of issues that had been nagging in the back of my mind.

One fact that sometimes impedes my progress is that I don’t have a strong background in the use of some of the software I’m using, particularly Adobe InDesign CS4 for the Mac. It seems to be a great program and very powerful, but I don’t feel that I have the time (or willpower, maybe) to sit down and learn the program from top to bottom. I do have three good tutorial or reference books on the program, and I’m trying to get through the project by looking things up as I need to perform certain functions.

One of the actions I hadn’t figured out before today was how to suppress page numbers on the front pages of the book, such as title page, acknowledgments, etc. I’m used to word processing programs with a function such as “suppress page numbers.” I couldn’t find any such function in InDesign. But today I figured out that the way (or at least A way) to do this is to override the page number text blocks on the master pages. That turned out to be very easy; I just Command-clicked in those text blocks on the first few pages, which allowed me to go into the text blocks and delete the page numbers. Problem solved.

Another issue was putting headers at the tops of the pages. Again, the master pages feature seems to be the answer. I just put a narrow text block at the top of each master page with the book’s title, and overrode the text block on the first few pages of the book, and I believe the header issue is resolved. I haven’t tried to do running headers that reflect the current chapter or topic; maybe I’ll tackle that later, or in a later book.

I also went in today and cleaned up the table of contents, getting the page numbers in line with the text and making a few changes to reflect recent editing changes in headings, etc. More changes will be needed later, but this was another step toward getting the final version ready.

I also was able to take a few more photographs to include in the book. One consistent theme from the volunteer readers has been that the book needs more photographs. So I took a series of photos to illustrate the power of three different flash units for the camera, and I took a multiple exposure with 3 images to illustrate the Multiple Exposure feature of the camera. 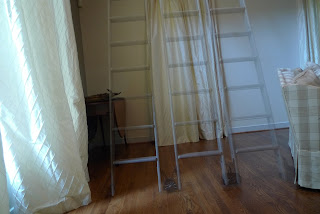 I may be done with photographs for now, though I’ll remain open to the possibility of taking more if the need seems to be indicated.

Anyway, I may be ready to print out another full draft later today or tomorrow. I still need to find the right paper to print the text on and the right cover stock for the cover.

This entry was posted in Uncategorized on October 17, 2009 by Alex White.